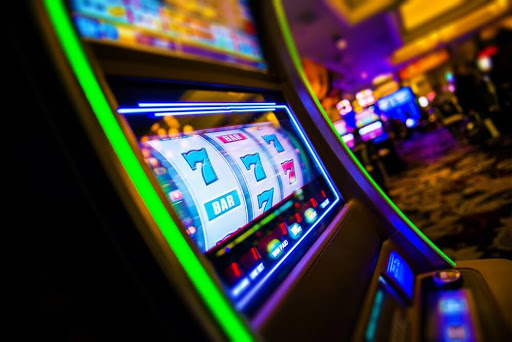 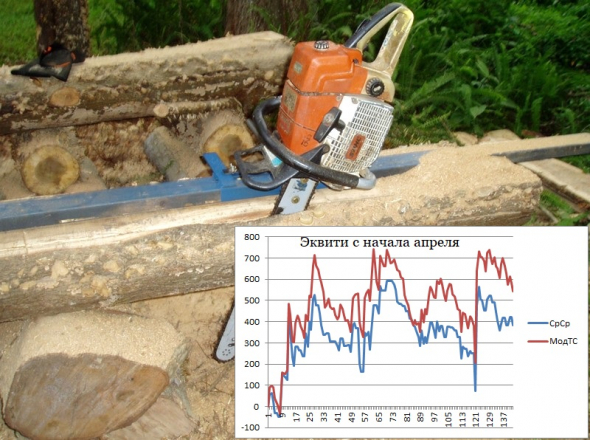 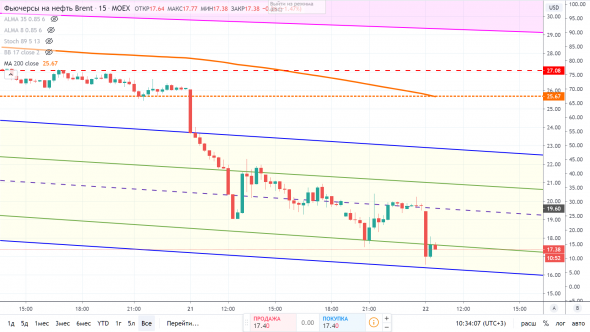 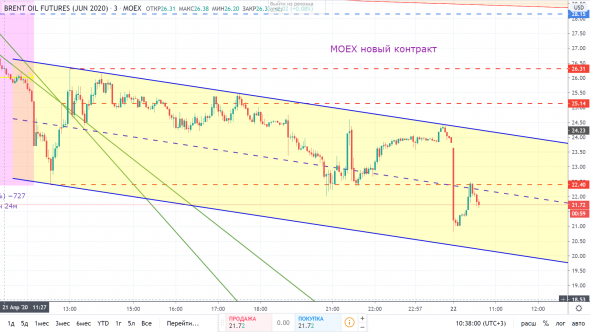 2020
+2
Who gains from low oil prices?Oil low continues, via Bloomberg.It was hard to believe that oil prices would hit zero. It was even harder to see how oil prices went below zero on the May contract's expiry! With June following where May went, who gains with oil low?  The first beneficiary is the consumer. When the wheels finally start turning again then oil prices will remain low for at least an initial period. The fact that storage levels are so high mean that even as demand picks up prices will remain suppressed for some time.  So, when economies get moving again, this will mean a bit of extra cash left over from the trip to the gas station.  Countries running oil deficits will benefit too. India's bonds are expected to outperform according to JPMorgan and South Africa is expected to see some pressure ease on their foreign debt levels as the Rand gains strength.  On top of these countries the larger oil importers will benefit too. Many of the larger nations have used the low oil prices as good times to top up their reserve level, so the consumer benefit will also be mirrored by country benefit too.  Corporations will gain from lower oil prices. Many companies use oil at some point in their production process, even if it is only to transport goods to market. Many of these companies will benefit from a reduction in their oil bill.  So, a few of the likely winners even as some pretty hefty losses are on their way for many oil giants. This has been a week to remember for the oil market as demand continues to dry up. 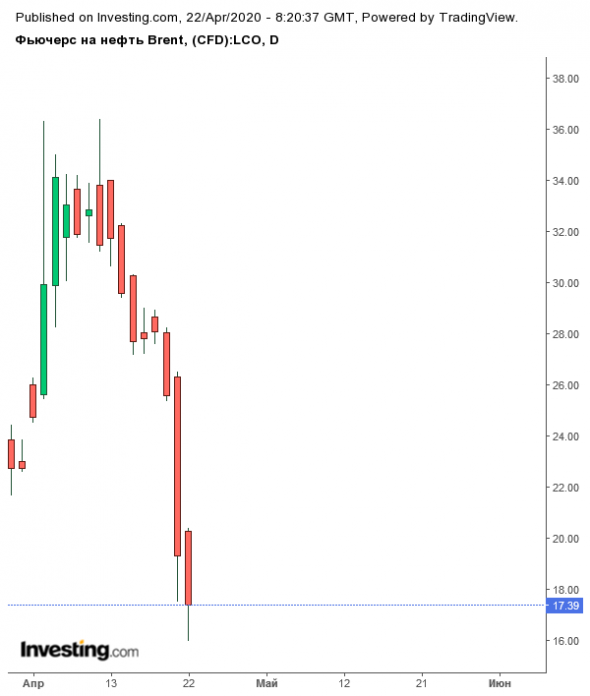 Vienna, Austria, 22 April 2020—The price of OPEC basket of thirteen crudes stood at $14.63 a barrel on Tuesday, compared with $14.19 the previous day, according to OPEC Secretariat calculations. 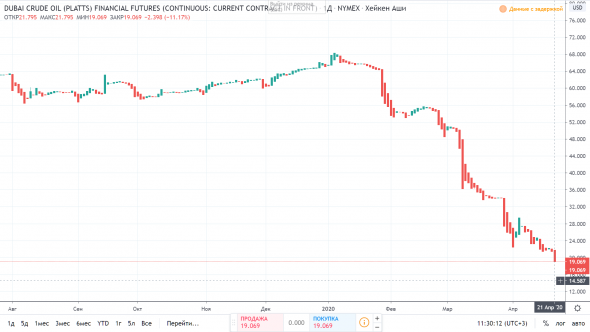 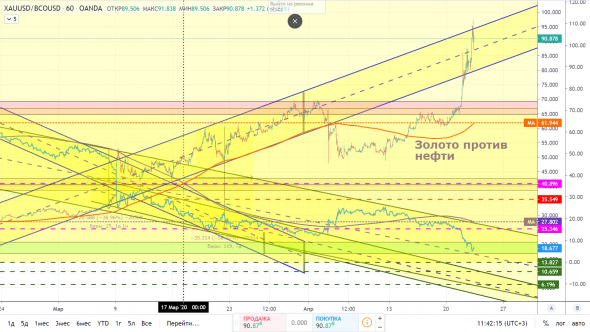 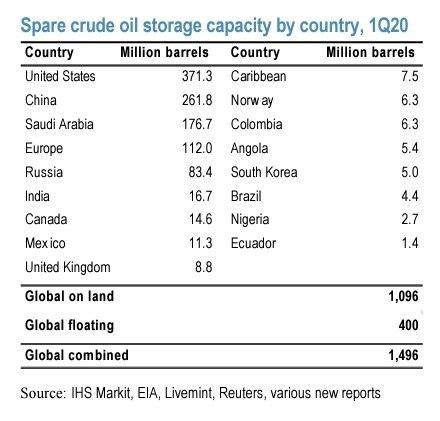 Mikel Sidoreiko
+1
Kremlin says need to analyse situation after global output cuts deal comes into effectIt looks like they won't be doing anything before thenOPEC+ members had a call yesterday and that amounted to nothing, so this just merely reaffirms that they won't be able to agree to any additional measures beyond the global output cuts deal that will go into effect at the start of next month. Meanwhile, Bloomberg is now reporting that there is a record 20 million barrels of oil floating on about three dozen ships off the coast of California with nowhere to go.

Алексей Бугин
+1
IEA's Birol: OPEC+ may want to consider further output cuts
IEA chief Fatih Birol is speaking to BloombergThat's certainly a thought but given how reluctant the Saudis and Russians were to overstep their boundaries with the latest deal, I don't think we'll get one any time soon. And even if we do, it is likely to be a token one that will fall way short of addressing the supply glut in the market right now. 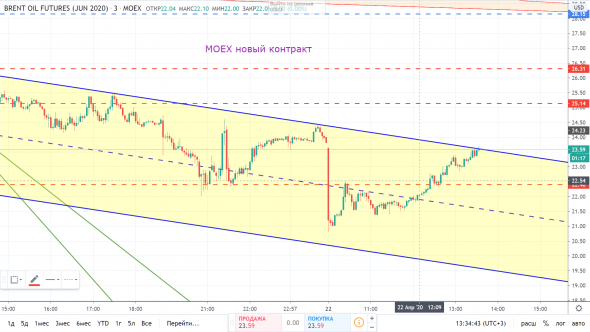 Bionicle
I have instructed the United States Navy to shoot down and destroy any and all Iranian gunboats if they harass our ships at sea. 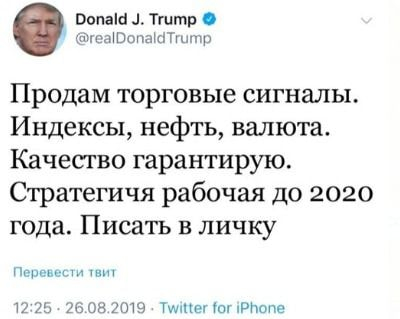 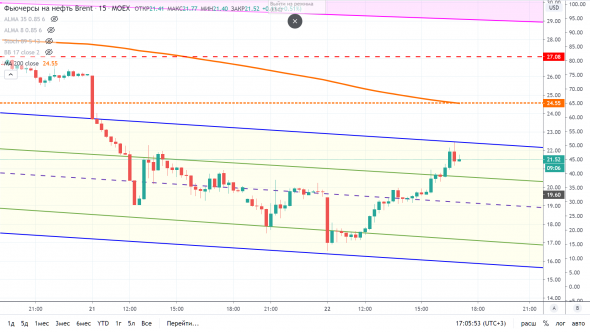 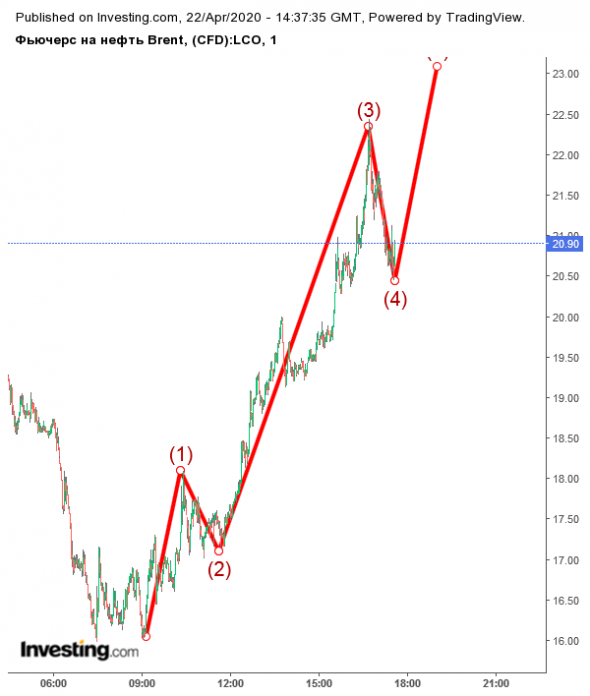 By Chris Prentice
WASHINGTON, April 22 (Reuters) — The founder of Continental
Resources Inc, an ally of U.S. President Donald Trump,
is pressing the U.S. commodity markets regulator and the
exchange to probe whether market manipulation or system failure
was behind this week's unprecedented plunge in U.S. crude
futures.
Continental's executive chairman Harold Hamm sent a letter
dated Tuesday, April 21, to the U.S. Commodity Futures Trading
Commission asking the regulator to probe whether «potential
market manipulation, failed systems or computer programming
failures» was behind Monday's price crash, which took U.S. oil
futures into negative territory for the first time.
U.S. crude futures for May delivery plunged below zero on
Monday, with desperate traders at one point paying customers
some $40 a barrel to take oil so they would not have to accept
delivery on an expiring futures contract. The coronavirus
pandemic has slashed fuel demand worldwide, and storage space
for the unused oil is rapidly filling, especially in the United
States.
The unprecedented activity stunned global energy traders and
prompted calls from some for further government support of the
beleaguered U.S. industry.
«The sanctity and trust in the oil and all commodity futures
markets are at issue as the system failed miserably and an
immediate investigation is requested and, we submit, is
required,» Hamm said in the letter in which he detailed the
unusual activity.
Continental has also filed a complaint with CME, Hamm said
in the letter.
CME, which operates the U.S. crude oil futures benchmark,
called Hamm's allegations «factually inaccurate» and said
«prices reflect fundamentals in the physical crude oil market
driven by the unprecedented global impacts of the coronavirus,
including decreased demand for crude, global oversupply, and
high levels of U.S. storage utilization.»
A CFTC spokesman declined to comment on any investigation,
but told Reuters: «We continue to look at these developments
closely.»
The agency's chairman Heath Tarbert on Tuesday said the
volatility in oil prices is due to fundamental supply and demand
issues, not a financial markets issue.
Continental Resources, which Hamm founded in 1967, is highly
exposed to the oil market rout because the North Dakota shale
producer had not hedged its production heading into this year's
historic rout, Reuters reported last month.
Prior to Monday's unprecedented trading, crude oil
prices had already plunged more than 70% this year, hit by a
surprise price war between Saudi Arabia and Russia as well as
the slowdown in demand due to the coronavirus outbreak.
The letter, which was first reported by The Oklahoman, is
believed to be the first request to the CFTC to probe Monday's
trade.
Hamm, who last year stepped down as Continental's Chief
Executive, was an informal campaign advisor to Trump in 2016 and
was once considered by Trump as a candidate for U.S. Energy
Secretary.