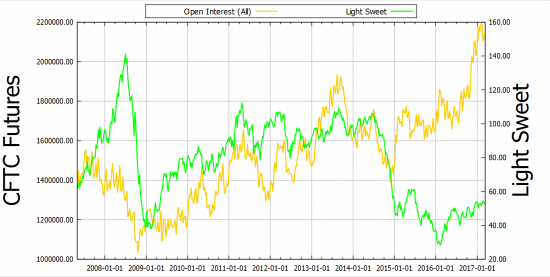 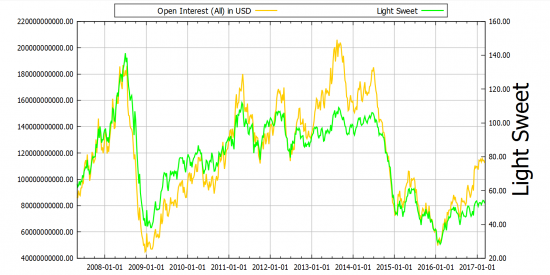 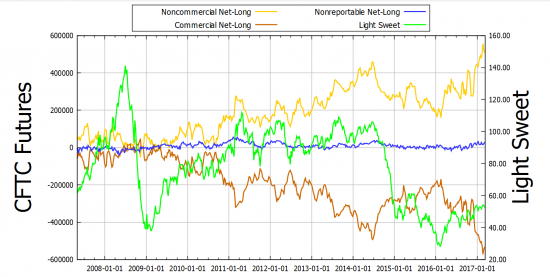 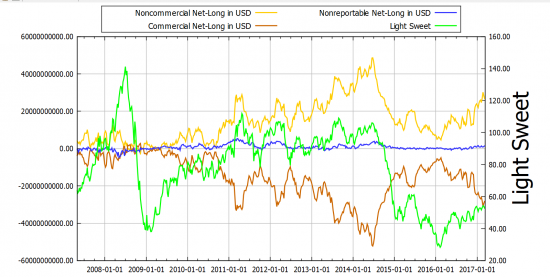 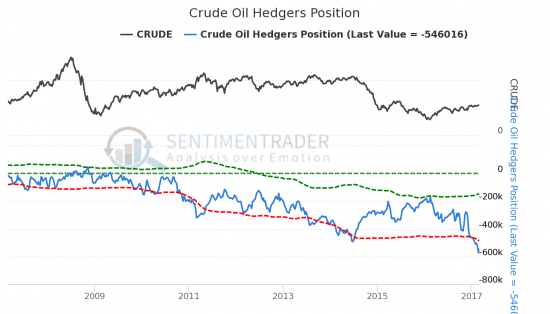 Commercial Hedgers are considered the smart money. When hedgers become net long to an extreme degree above the green dotted line, then we should be looking for the price of the commodity to rise. The opposite is true when they become so hedged that their position falls below the red dotted line.

You also want to look at the absolute level of positions, too — if they're at their greatest extreme in several years (even if they may not exceed the trading bands), then there's no question we're seeing a notable event.