Tax bite on the rich if rates go up 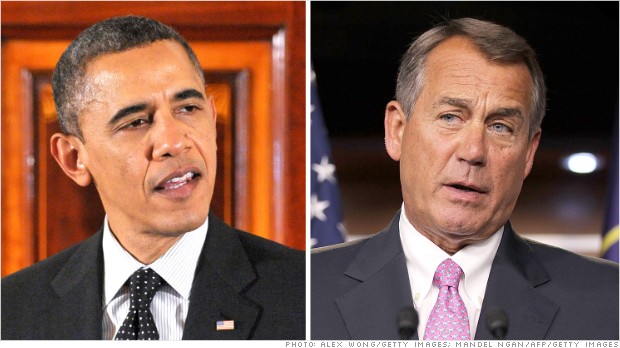 The fiscal cliff may not be resolved yet. But after House Speaker John Boehner's latest offer to the White House, it's fair to assume now that tax rates will be going up on the rich in some fashion.
Just how high those rates will be and how «rich» will be defined remain open questions.

But this much is certain: If a real compromise is reached between Boehner and President Obama, the tax increase on high-income households will likely be less than what Obama originally proposed.
Boehner has proposed increasing tax rates on those making at least $1 million. But it's not clear if he proposed raising rates just on their income or on their investments too.
Obama's starting position is to let all the Bush tax cuts expire on income over $200,000 ($250,000 for married couples). That would include a hike in the top income tax rates to 36% and 39.6%, up from 33% and 35% currently. His proposal would also reinstate limits preventing high-income households from taking certain deductions and exemptions in full. And it would raise their investment tax rates.